Culture and Memory in Applied Contexts

What are the challenges for investigative interviewing and information elicitation?

Given the geo-political context of war, terrorism, human trafficking and organized crime, the pursuit of justice increasingly relies on effective interactions between individuals from diverse cultural backgrounds. Investigative interviewers who fail to communicate effectively with witnesses and victims to elicit detailed and reliable accounts from memory risk derailing investigations, jeopardise the safety of potential victims and compromise the delivery of justice. However, most research on the development and efficacy of information elicitation techniques has been conducted using WEIRD (Western, Educated, Industrialised, Rich and Democratic; Henrich, Heine, & Norenzayan, 2010) samples. As a consequence, the development of research-based tools and techniques for the conduct of investigative interviewing with victims and witnesses has not been informed by research identifying important cross-cultural dimensions likely to be relevant in the investigative interviewing domain.

While research has focused on issues of recall and identity within different cultures (e.g. Wang, Qi & Ross, 2005) or on the nature of remembering (e.g. Markus & Kitayama, 1991), little if any work has focused on eyewitness accounts in applied investigative settings. However, recent findings have revealed an interesting pattern of apparent under-reporting in response to standard instructions by individuals from collectivistic cultures (cf. individuals from individualistic cultures) in investigative contexts (Anakwah, Horselenberg, Hope, & van Koppen, 2019; Hope, Kontogianni, Rechdan, Thomas, & Tavitian-Elmadjian, in preparation). This pattern may be attributable to a number of factors, including different socialisation norms, yet could lead to an interviewee appearing reluctant to disclose information or even hostile to the interviewer.

Given that investigative interviews in the international context are often complex conversations between strangers involving the disclosure of difficult or painful information of past experience, building meaningful rapport with the interviewee is critical to (i) facilitate disclosure and accurate reporting from of detailed and informative accounts from memory memory, and (ii) avoid misunderstandings (e.g. incorrectly assuming an interviewee is deceptive or hostile) or frustration due to poor or misaligned communication. Thus, our current research focused on rapport building and aimed to identify how, in light of experience and current knowledge, investigators might be most responsive to cultural differences and communicate effectively when eliciting accounts from memory and, in doing so, avoid unhelpful or even potentially dangerous misunderstandings.

Our research was conducted with investigators (N = 52) with significant expertise in conducting interviews with people from diverse cultural backgrounds in the international context. In Part 1 of this project, using a survey methodology, we examined whether key cultural constructs identified in the wider literature emerge spontaneously in responses to open questions about experiences in cross-cultural interviews. Our findings revealed the consistent identification of cultural factors that, in the perception of interviewers, relate to task of investigative interviewing in cross-cultural contexts. In Part 2 of the project, we conducted focus groups with investigators and professionals in allied roles (e.g. interpreters) to more fully examine perceptions of challenges pertaining to building rapport and gaining trust and cooperation in cross-cultural interviews. In a detailed thematic analyses of these discussions, taking a qualitative approach following Braun and Clark (2006), we identified the following six key themes as critical, from the perspective of the investigators, for establishing effective rapport with interviewees: (i) Communication, (ii) Preparation, (iii) Situational Awareness, (iv) Interpretation and Translation, (v) Contextual Understanding and (vi) Hierarchy.

We  are currently preparing this work for publication and these emergent themes will be discussed in relation to current research-based investigative interviewing techniques and inform a roadmap for the focus of future research on this important applied memory topic.

Funded by The British Academy. 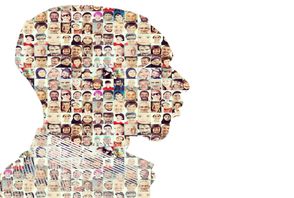 Hope, L. (2019, February). From an investigator's perspective: Identifying the challenges for building trust and rapport in cross-cultural interviewing and interrogation contexts. Invited presentation to be delivered at a special workshop ‘Engaging Across Cultures: A Solutions Roadmap’, Pinehurst, North Carolina, U.S. 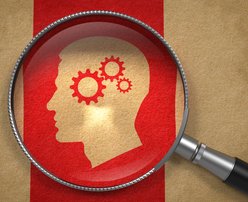